Popular actor Johnny Depp is among the most tattooed celebrity of Hollywood. Johnny got several temporary tattoos from time to time and it Is hard to collect information about all his tattoos. However, Depp himself has discussed his tattoos from time to time. He has stated that each tattoo on his body holds a special meaning and all the tattoos are close to him. Most of his tattoos are dedicated to his friends and his family. He is also known to alter his tattoos ever now and then to signify his current relationship status with a person. Here is the complete list of Johnny Depp tattoos with their meaning –

How Many Tattoos Does Johnny Depp Have 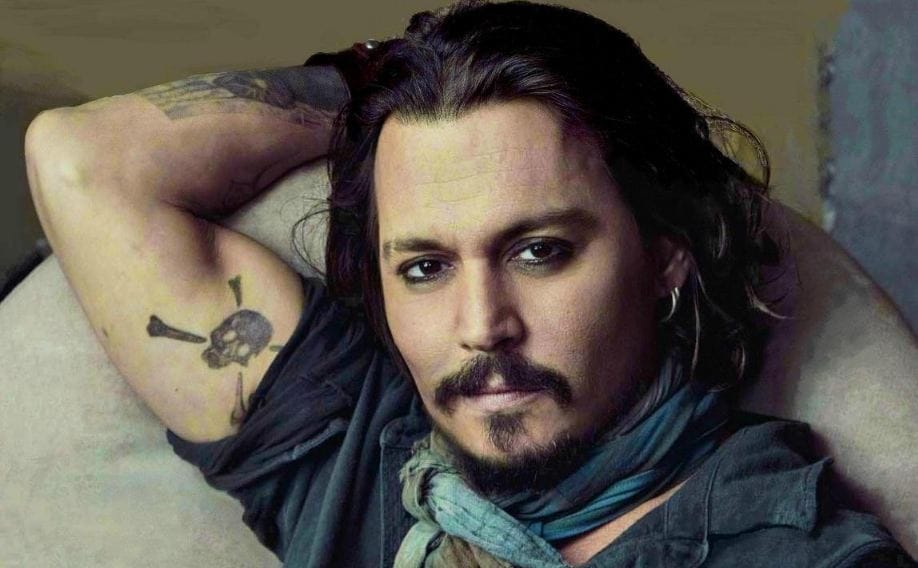 2. Johnny Depp admitted that his mother (who was a waitress) has a huge role in his success. He, therefore, has a tattoo in his mother’s name. the tattoo ‘Betty Sue’ is inked inside a red heart and it is on his left bicep. 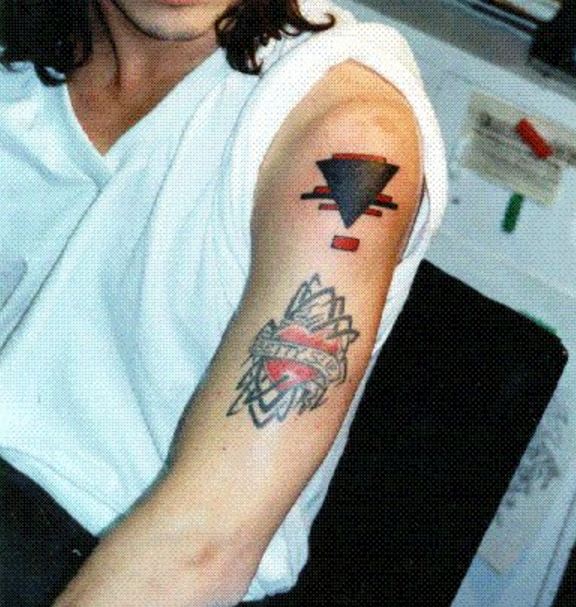 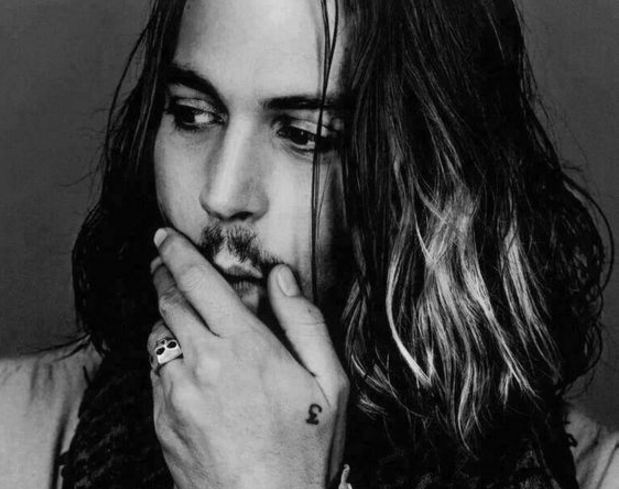 4. Johnny Depp ancestors were native Indians. He has a Comanche shield tattoo on his right calf to honor this fact. 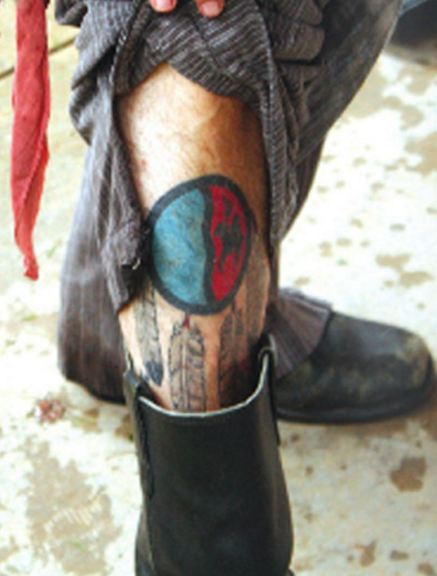 5. This tattoo suggests that either Johnny Depp is superstitious or he just loved the movie ‘The Crow’ and Brandon Lee. Johnny Depp got tattooed with the crow tattoo in 2012 to show his love for the movie. For those who don’t know The Crow is a movie in which the lead character comebacks to life to avenge his murder. While filming, the lead actor Brandon Lee died onset due to a real bullet shot. He was the son of legendary martial artist Bruce Lee. Maybe Depp believes that one can defeat death and come back to life. 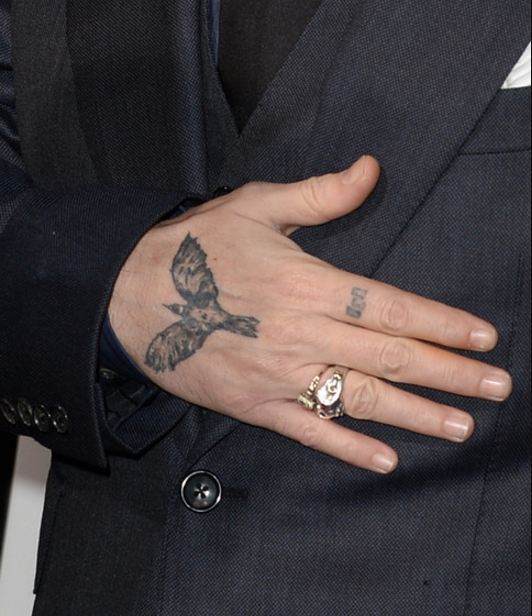 6. Johnny Depp was close friend of Hunter S. Thomspon and he supported his idea of Gonzo Journalism. Depp got a tattoo of Gonzo fist on his left calf in 2010. 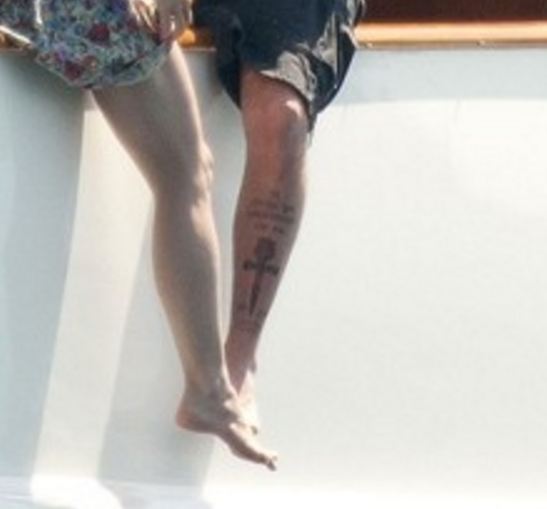 7. Johnny Depp’s grandfather was a sailor so he got a tattoo of his grandfather’s portrait in sailor uniform on his right forearm. 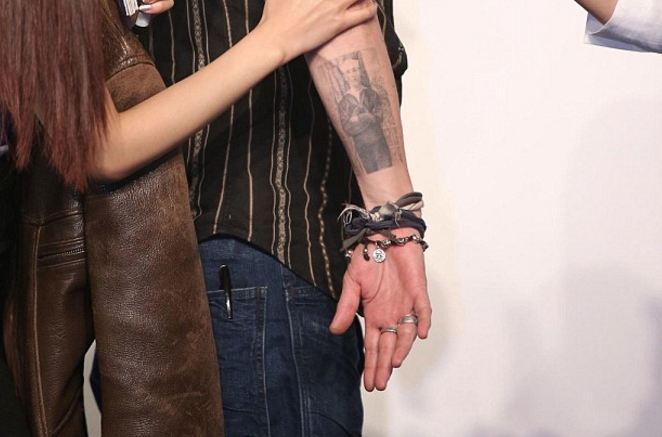 8. Do you know that Depp started his career as a rock band artist? He wanted to be a rockstar so badly. Depp’s son Jack Sparrow made the drawing of little guitarist and Depp got it inked on his left bicep. 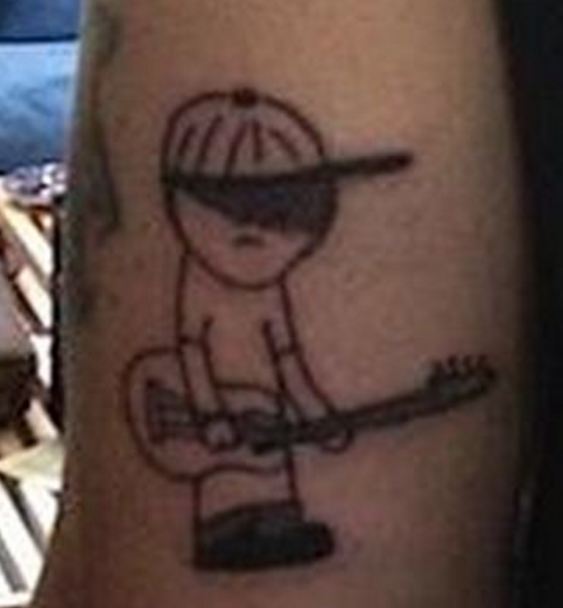 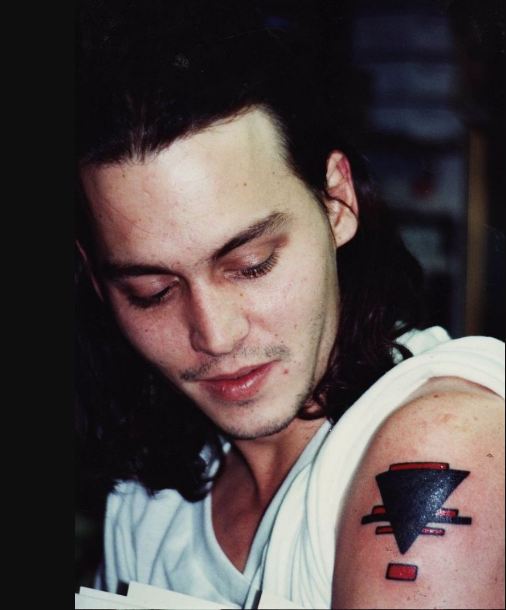 10. Depp’s daughter name is Lily-Rose Depp. He has two kids and he has a tattoo dedicated to both of them. He got tattooed with the name of his daughter Lily rose right across his chest thereby suggesting that he loves his daughter unconditionally. I am a big fan of Johnny and i always keep eyes on his upcoming movies & TV shows. 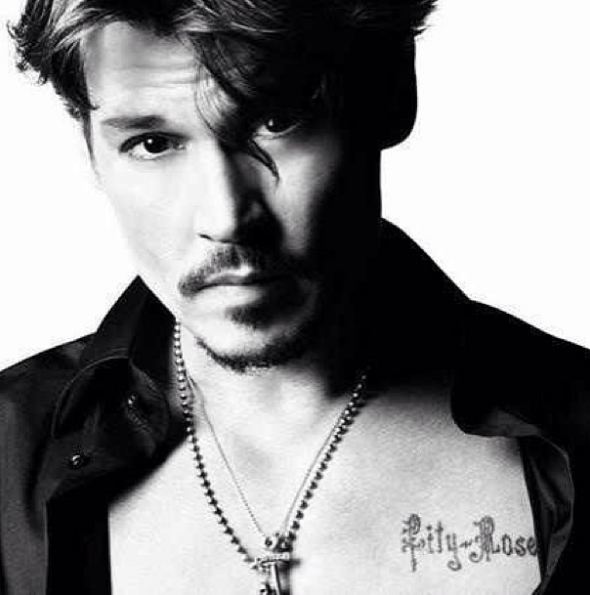 11. Looks like Depp encourages his son to be an artist as he gets most of his drawings inked on his body. The ‘Man is a Giddy thing’ is a popular line from Shakespeare’s novel Much Ado About Nothing. His son drew a faceless man with the line at the bottom and Depp got it inked. 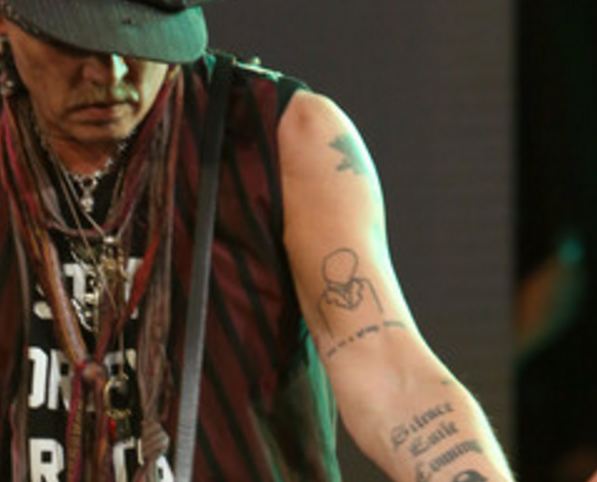 12. Johnny Depp very much respects his native Indian roots. The native Indian chief tattoo on his right bicep is the first tattoo of his life which he got in 1983 when he was barely 18. 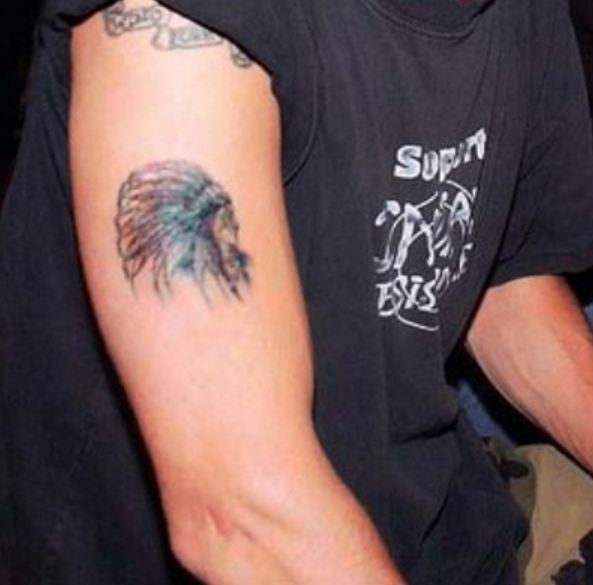 13. Johnny Depp got the word No Reason tattooed on his wrist and honestly, there is no particular reason for this tattoo. 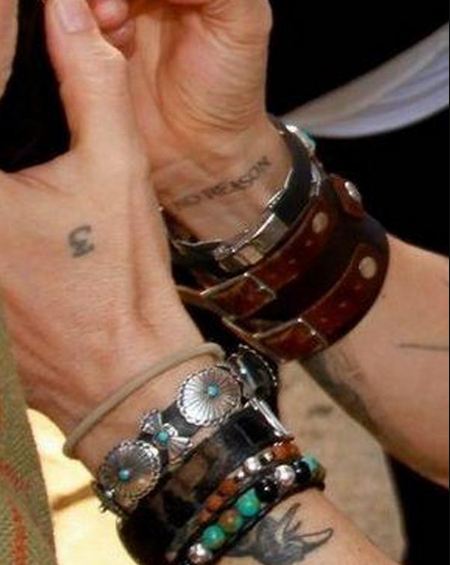 14. Johnny Depp mother Betty Sue was a waitress. He has her portrait tattoo in waitress uniform on his left forearm. 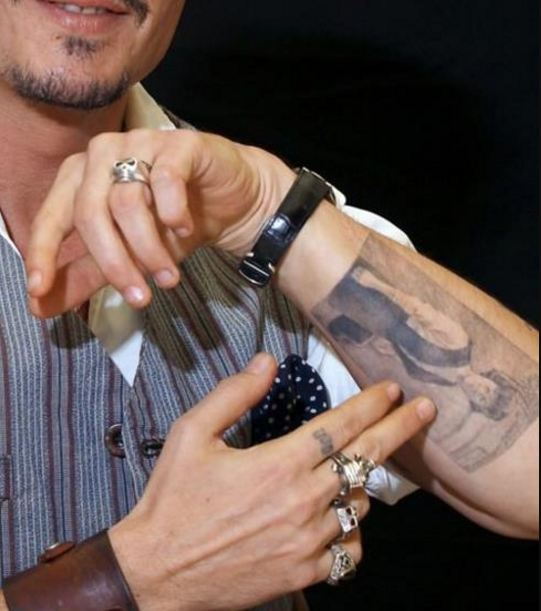 15. Johnny probably loves the card game rook as he has a rook tattoo on his left forearm with three visible cards. 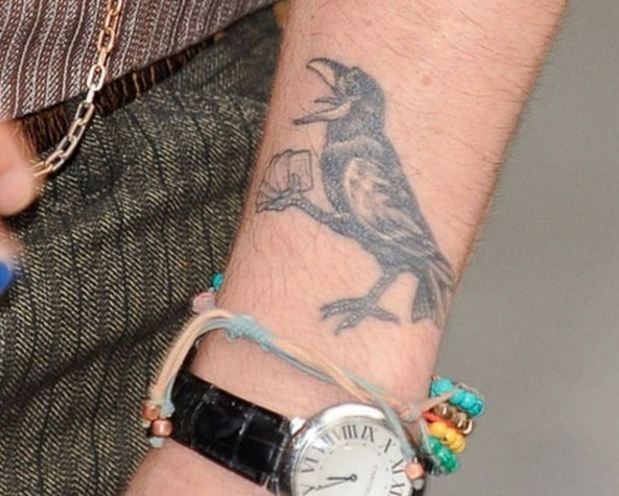 16. Johnny Depp has stated that he likes reading books. He got the quote ‘Silence, Exile, Cunning’ tattooed on his left arm. It is from the book ‘A Portrait of the Artist as a Young Man’ which is penned by James Joyce. 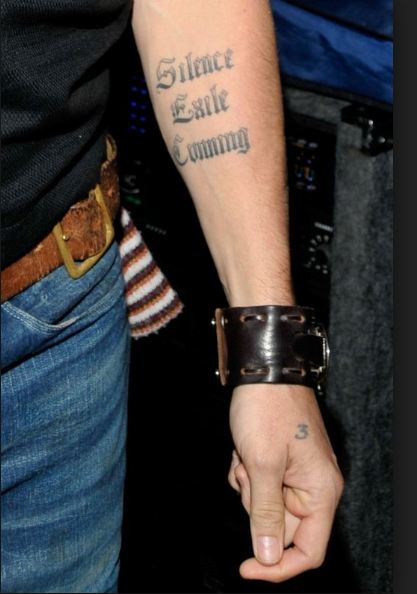 17. Depp has a Harley Davidson Skelton Key tattooed across his left wrist. The tattoo represents the wish that it can unlock any door or any lock. 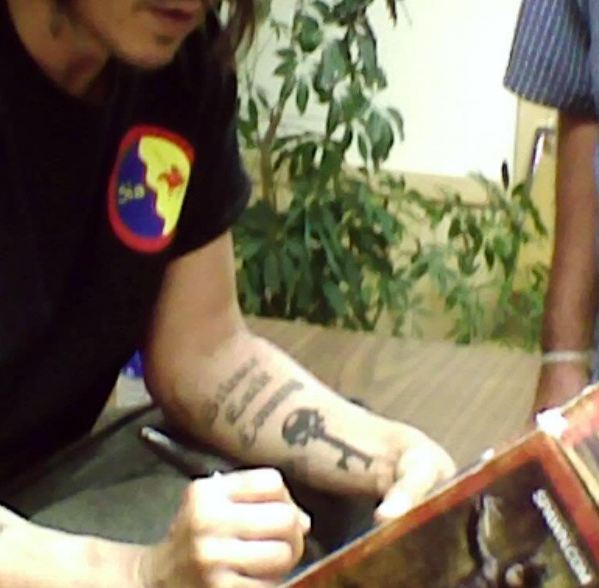 18. Another cool tattoo on Johnny Depp is the Skull and Crossbones tattoo on his leg with the quote ‘Death is certain’ right below it. 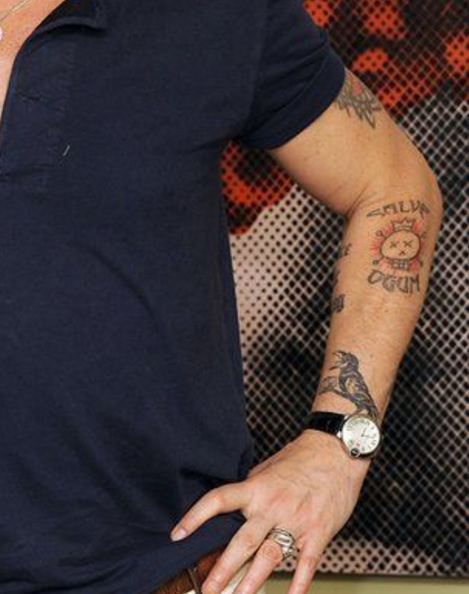 19. Johnny Depp dedicated a tattoo to his ex-wife Amber Heard. The tattoo ‘SLIM’ was inked on his knuckles. He later changed it to ‘SCUM’ after he got divorced from her. 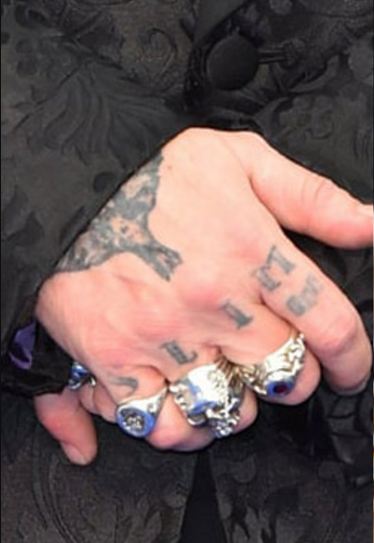 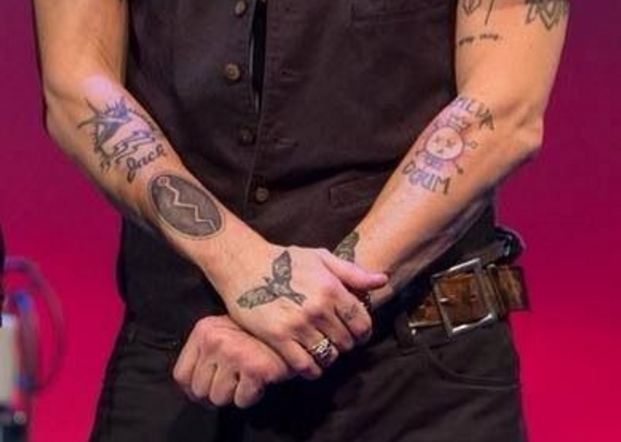 21. Johnny Depp was tattooed with a fake tattoo of a Sparrow flying over the sea. The tattoo was important in the character-building of Captain Jack Sparrow (Pirates of the Caribbean film series). However, Depp became so fond of the character that he got it inked in reality. 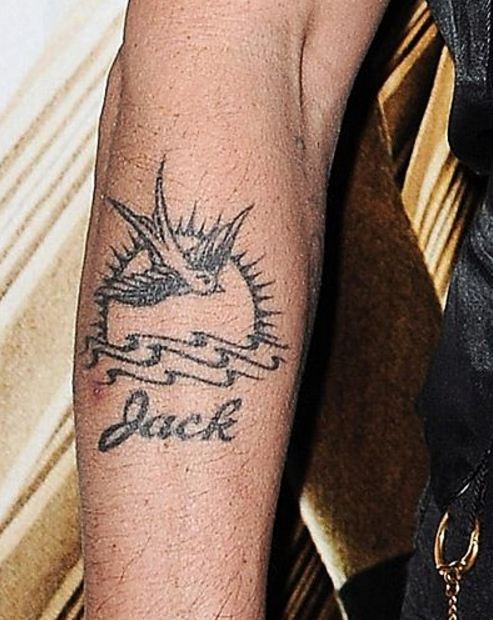 22. Do you know that Johnny Depp has directed film too? The title of the film was ‘The Brave’ and Depp directed it in 1998. He got a special tattoo dedicated to the movie on his left forearm. 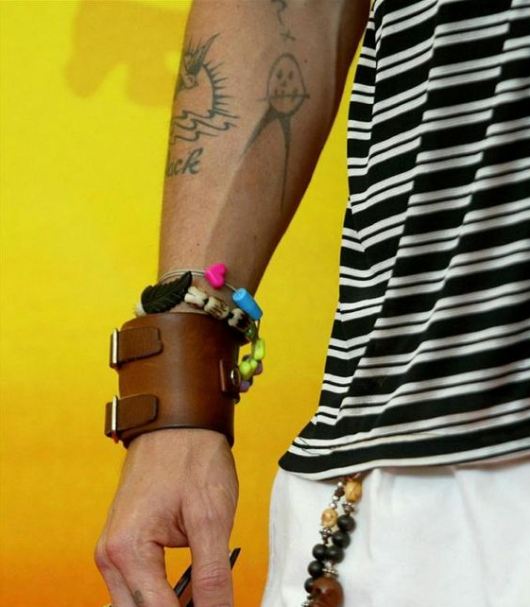 23. Johnny Depp got tattooed with three hearts on the upper left arm. The Three hearts denote his ex-wife Vanessa and his two kids Jack Sparrow and Lily rose, Depp. 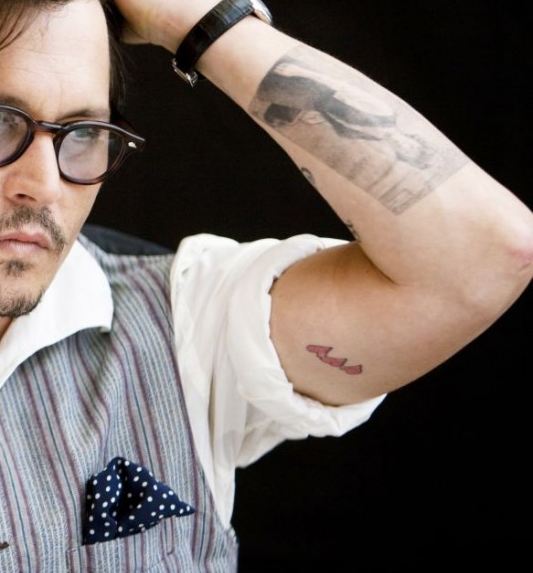 24. He has three rectangles tattooed on his right hand’s index finger. He said that these rectangles represent permanent phone doodles. 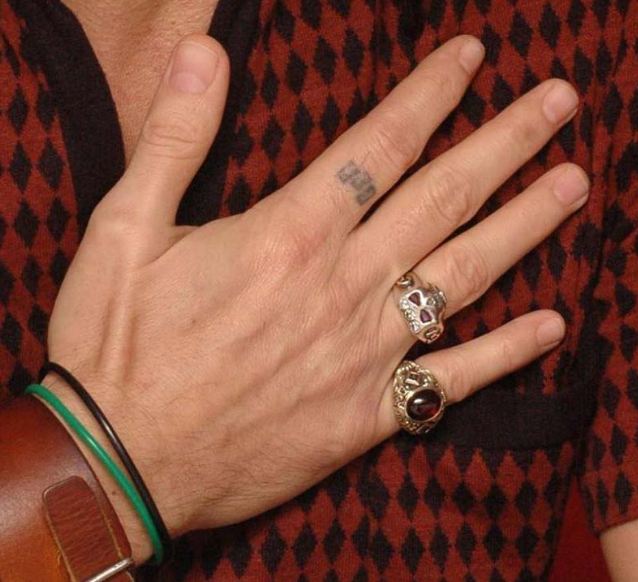 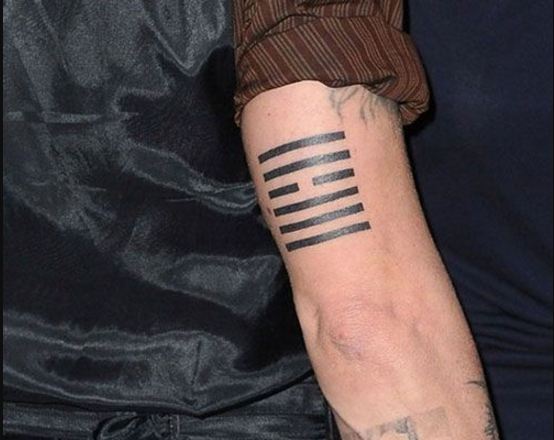 26. He has ‘Winona Forever’ tattoo inked on his right bicep. This is probably the most famous tattoo of Johnny Depp. He got it when he was madly in love with actress Winona Ryder. They split in the early 90s but Depp never removed the tattoo thereby signifying that he will forever love Winona. 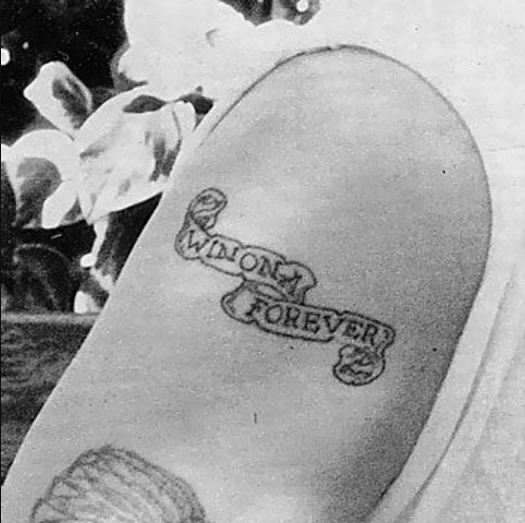 27. He has a Zig zag tattoo on his left hand. It is related to native American culture. The Zig Zag symbol represents the relation of a soul who will go from earth to the sky/heaven. 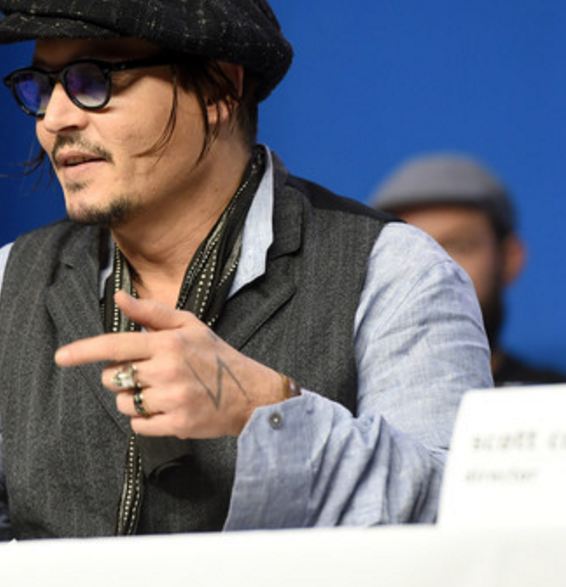